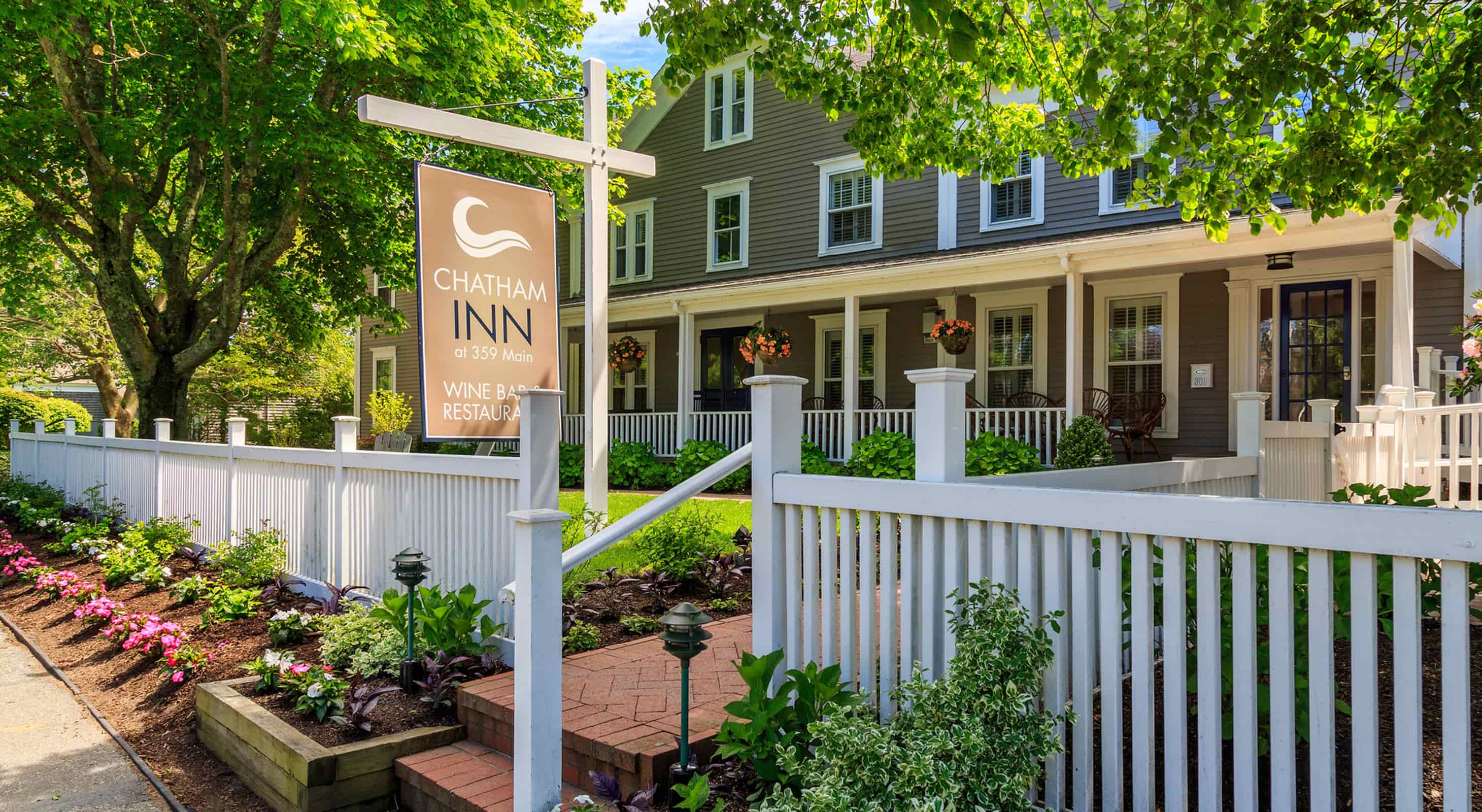 The #1 Rated Place To Stay in Chatham, MA

History of the Inn

Chatham Inn Relais & Châteaux is the oldest continuously operating inn on Cape Cod. The property was built in 1830 by Gideon and Reliance Small, who came to the Cape from England.

Gideon and Reliance sold the property to their son Sylvester and his wife Augusta, who eventually named it The Travelers Home in 1884. It became the seasonal headquarters for the famous Norfolk Hunting Club, who would arrive in Chatham by train “with an accompanying entourage of hounds and horses.”

After 10 years, Sylvester and Augusta Small sold their inn to a syndicate comprised of Captain Joshua A. Nickerson, Erastus Bearse, Marcus Howard, and Charles Bassett, who owned it for 4 short years from 1894-1898.

In 1898, John P. Farmer bought The Travelers Home and renamed the property Monomoyick Inn, after the Monomoyick Indian tribe that once inhabited lower Cape Cod. He owned the inn for 38 years. When Mr. Farmer passed away in 1936, his wife sold the inn to Carl and Doris Chandler.

The Chandlers opened the ﬁrst in-house restaurant at the inn, offering breakfast for $0.50 and dinners for $1.25. They owned the inn for 17 years before selling to George Noyes in 1953. Mr. Noyes changed the name to Cranberry Inn, a name that stuck for the next 60 years, and then sold the inn to the McGaw family in1955. The McGaws owned and ran the Cranberry Inn from 1955-1963.

In 1963, Mary and Richard Hamilton bought the Cranberry Inn for $6,000. The Hamiltons had past connections to the property – Richard’s mother had worked at the Inn in 1886, and Mary had worked there as a waitress in 1929. Mary Hamilton became very well known for her hospitality, and also for her restaurant at the inn, which served breakfast and dinner. Mary sold the Cranberry Inn to the Droney family in 1981, who eventually resold it to Bill and Kay Deford. The Defords owned the inn until the end of 2013, when it was sold to Paul and Lauri Benk. 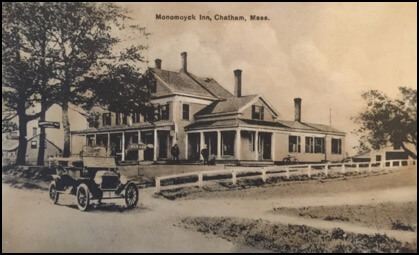 A year later, the Benk’s sold the inn to Jeff and Kayla Ippoliti. The Ippoliti’s had a new vision – to build one of the premier cuisine and hospitality destinations in the United States, and join the prestigious Relais & Chateaux association. A luxurious boutique hotel that blended the soul of the historic inn with modern decor and amenities, and a ﬁne dining restaurant and wine bar. A four year remodeling and rebranding project was launched, and Chatham Inn was born.

By 2019, Chatham Inn Relais & Châteaux had become the most awarded and highly rated hotel on Cape Cod, amassing countless accolades including:

Chatham Inn proudly continues its nearly 200 year history of excellence in hospitality, and the Ippoliti family welcomes you to this historic inn!

Maître de Maison Extraordinaire Lyn Francis is here to ensure that your visit to our luxury boutique hotel is exceptional!

Born and raised in the North of England, Lyn began her working career in The Royal Navy as a registered nurse. Becoming a midwife led her to Saudi Arabia and finally to Stowe, Vermont, where she settled to raise her family and co-own an inn and restaurant. She then brought her life experience to Nantucket and managed our Nantucket properties from 2013 to 2017. She is now the Maître de Maison of Chatham Inn Relais & Châteaux.

Lyn is always happy to assist guests with arrangements for activities. Don’t know what to do? With just a bit of guidance from you, Lyn can offer suggestions for any activity to suit your desires, and create a fabulous vacation itinerary. Once you have decided, she will be more than happy to make arrangements for you! Celebrating a birthday, anniversary or any other special occasion during your stay with us? Lyn would be delighted to assist you with any surprise you have in mind, and help you create memories to last a lifetime!

Welcoming, attentive, informative and helpful (but never intrusive,) Lyn will make certain your trip to our Chatham Luxury Hotel is absolutely perfect in every way! 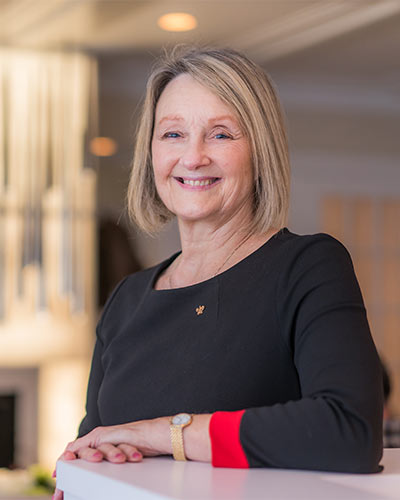